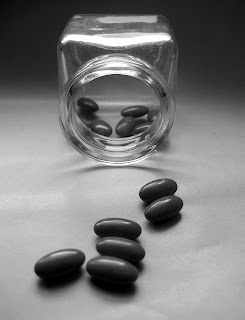 According to the CDC, current guidelines for cholesterol levels place 1 in 3 Americans into the at-risk group that would benefit from intervention. The American Heart Association (AHA) recommends that diet and exercise be attempted to lose weight and benefit cholesterol levels before considering drug treatment. If blood levels of LDL cholesterol still exceed 190 mg/dL in persons with no history of heart disease or 130 mg/dL in patients with coronary heart disease then the AHA recommends prescription intervention.

However, many doctors and researchers have questioned the guidelines aiming for a specific measure of cholesterol. In addition, the benefits of the cholesterol-lowering drugs called statins seem to be limited. Other types of cholesterol drugs are also in question since there are reports of severe side effects and death, counter productive to preventing premature death from heart disease.

The first recall of cholesterol-lowering drugs was of Bayer Pharmaceutical’s Baycol in 2001. It was linked to muscle wasting that lead to 31 deaths in the United States and at least nine abroad. At the time of the recall the drug was prescribed to an estimated 700,000 Americans. Patients were told to not worry about the other five statins on the market at the time. As quoted by CBS News, “Baycol has been linked to significantly more fatal cases than its competitors” according to Dr. John Jenkins of the FDA. His suggestion was that patients who suffer muscle pain should speak to their physician about a lower dose or a different medication. There was speculation that complications arose when Baycol was taken with another prescription drug, gemfibrozil, which lowers triglyceride levels. But that had been the situation in only 12 of the cases.

Cholesterol exists in several forms, as it is bound to proteins for transport within the body. Two forms recognizable from clinical discussions are good cholesterol (HDL, high density lipoprotein) and bad cholesterol (LDL, low density lipoprotein). In November 2006, Pfizer’s HDL-increasing drug torcetrapib was reported to increase patient blood pressure during clinical trials. This is problematic because high blood pressure is a risk factor for heart disease, the condition the drug is supposed to help prevent. The company’s response was that when taken in conjunction with their LDL lowering drug Lipitor, torcetrapib is beneficial. A month later Pfizer halted clinical trials, an $800 million loss for the pharmaceutical company according to Forbes, due to increases in patient deaths when taking torcetrapib in combination with the drug atorvastatin, also known as Lipitor.


The Solution to Handling High Cholesterol 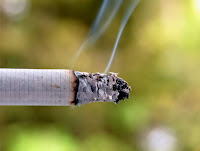 Patients with heart disease, or those at high risk due to lifestyle or a family history, who have high cholesterol could benefit from prescription medications, but first they should attempt lifestyle changes, such as limiting dietary cholesterol intake, quitting smoking, and exercising. They should also consult a physician for appropriate advice. Even once on drug intervention, patients need to follow medication directions precisely and not ignore side effects, consulting a physician for suggested evaluations and when necessary for altered dosage or discontinuation in the presence of adverse effects.
at 4/15/2011 08:08:00 AM