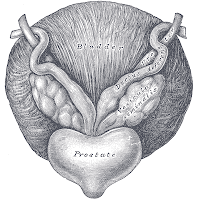 Provenge is a first in the medical field – a therapeutic vaccine for cancer. Its maker, Dendreon, sought Food and Drug Administration (FDA) approval of Provenge from 2005 to 2010, conducting clinical trials since at least 2002. In 2007, the company was told that they still lacked data, and the FDA wanted survival statistics. They found that use of the vaccine added 4 months to the lifespan of men with advanced prostate cancer. On April 29, 2010, the FDA finally approved Provenge for the treatment of metastatic castration-resistant (hormone refractory) prostate cancer, an advanced form of the disease.

The drug increases the body’s immune response against the cancer, leading many to call it a vaccine. However, vaccines are usually preventative therapies, and this is a treatment for advanced stage disease.

Provenge is made by Dendreon Corporation, which was founded in 1992 and is based in Seattle with production facilities in New Jersey. The drug is meant to treat metastatic castration-resistant prostate cancer, meaning that the cancer does not respond to hormone therapies. The drug was rejected by the FDA in 2007 because the company had not shown that it increases survival. Clinical studies on 512 men since that time have shown that Provenge increases a patient’s life span by 4 months compared to placebo (no drug). Men who receive the drug can still only be expected to live about 2 years, though roughly a third survive to 3 years.

The drug is tailored to the individual patient, and this is due to the technique used to administer the therapy. First, a sample of the patient’s white blood cells are isolated and sent to a lab facility where the drug is “made”. The cells are exposed to a prostate cancer-specific protein, much as they would be if mounting an immune response in the body. About 3 days later, the patient receives their blood cells back in a transfusion. Two weeks later, they carry this out again, a total of three times. The white blood cells are primed to fight the cancer when they’re back in the patient’s bloodstream. Because of this intensive production method, Dendreon expects it can only treat 2000 men in the next year, but they expect to expand beyond the 50 centers that participated in the study in the future.

The treatment is expected to cost $93,000 a person. This price is similar per month of survival as the only other option for men in the treatment group – chemotherapy with Taxotere (docetaxel) – which only extends life by two or three months. Clinical trials have shown that Provenge produces few side effects, but men receiving the therapy may experience chills, fever, headache, fatigue, nausea, joint aches, and back pain, which usually pass in a few days. This places the drug as a potential first choice before chemotherapy, which has severe and often debilitating side effects.

Provenge is a first in the medical field – a therapeutic vaccine for cancer. It is also Dendreon’s first FDA approval. Some in the field feel that this step will also open up the way some researchers approach treating other diseases, such as HIV. Dendreon is currently planning production facilities in Los Angeles and Atlanta. However, the concern among researchers and clinicians still is that the drug does not slow the progression of the disease. So there is still much work to be done on treating advanced prostate cancer.