Antibiotics and asthma in children 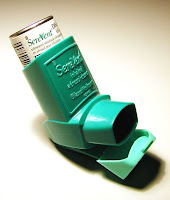 Asthma is a chronic respiratory condition that compromises a person’s ability to breathe due to inflammation of the airways. Children are particularly susceptible to the complications of restricted and inflamed airways, experiencing wheezing, coughing and chest tightness, as well as difficulty breathing. A number of triggers have been associated with the disorder, including allergens, stress and infections, but research over the last decade has found that antibiotic use in young children may also be a risk factor for early development of the disorder.

The earliest studies showing an association between antibiotic use and asthma in children were uncertain if the asthma occurred because of the respiratory infection being treated with the antibiotics or because of the antibiotics. So a large Canadian study in 2007 separated out children who did not have respiratory infections and found that they also had antibiotic-associated asthma. Two courses of antibiotics before the age of 1 year resulted in a 20 percent greater risk of asthma by the age of 7. Risk increased with more antibiotic use, topping out at a 50 percent increase with more than four courses by the age of 1 year.

The following year, another study published in Pediatrics and using an even larger group of children from industrialized countries found the same results. More than a quarter million children born between 1997 and 2003 had an increased risk of asthma if treated with antibiotics before the age of 1 year, and this risk increased with greater use. A Yale study published in December 2010 also found similar, but more extreme, results. In a group of approximately 1400 children, those who were treated with antibiotics in the first 6 months of life were 52 percent more likely to develop asthma and allergies by their sixth birthday.

The 2007 study also had some indication that children living in a more sterile environment (i.e. without allergens) made them more susceptible to antibiotic-associated asthma. The thinking was that the immune system did not develop properly. The lead author of the Yale study told Yale Daily News in January 2011 that antibiotics change the balance of bacteria in the gut. This can compromise stimulation of the immune system. The work aimed to address the hygiene hypothesis – that the developing immune system needs to be exposed to a variety of pathogens to develop properly, and subsequently react normally later in life.

Though the tissues of the immune system develop during fetal life, the function of the system matures during the first year of life. The various aspects of the system develop at different rates. Babies cannot produce their own antibodies until almost 9 months to 1 year of age. This makes them particularly susceptible to infection. It also means that environmental factors can affect the development of the immune system responsible for protecting them throughout life as the lessons the immune cells learn during early childhood shape how it responds as a mature, adult system. Some studies have even shown potential genetic mechanisms underlying environmental influence on the immune system.

Researchers and doctors recommend that infants should not be treated with antibiotics unless the bacterial infection is severe. Preventing overuse and potential long-term effects on the developing immune system is going to require changing habits among many groups, including doctors and parents. Something as simple as putting Neosporin on an infant’s cut will have to be avoided to prevent increasing the risk of asthma developing later in childhood.