Earlier today Reuters and Bloomberg reported that U.S. officials had confirmed a case of Mad Cow Disease in a dairy cow at a rendering plant in California. It appears to be the first confirmed case in North America in a year (the last was Feb 2011 in Canada according to the CDC).

The USDA held a briefing on the matter and according to news outlets the cow did not enter the food supply - milk and beef in the U.S. is considered safe. 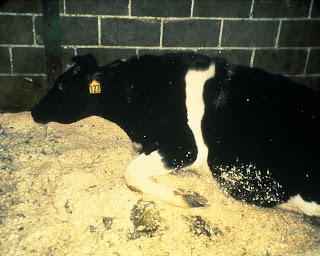