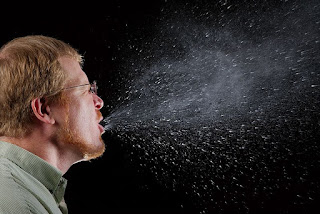 The common cold - the bane of the winter season.

The common cold is so common because it's actually a set of symptoms derived from infection of the upper respiratory tract. It can be any one of hundreds of viruses that cause the infection. And because it's a virus, there's no treatment for it. You can only treat the symptoms - and since they're the same, you end up with common treatments for the common cold.

Causes of the common cold

Colds can be caused by more than 200 different viruses. Approximately one-third of all colds are caused by rhinoviruses, of which there are more than 100 types, and they tend to get the fame for causing the illness. Other cold viruses include adenovirus, parainfluenzae, coronavirus, and respiratory syncitial virus (RSV), which is common in young children. This variety is why a vaccine is not available and why people often suffer through multiple colds in a season.

What is common about colds is how they manifest-infecting the upper respiratory tract. When a virus infects the cells of the respiratory tract it produces an immune response, resulting in inflammation of the infected tissue. Because the various cold viruses infect a similar part of the body, they result in a similar inflammatory pattern.

Symptoms of a cold

A cold is characterized by nasal congestion and sneezing, sometimes with sore throat, coughing, headache and other uncomfortable respiratory symptoms. You may also feel fatigued and sore depending on how severe the infection is.

The inflamed cells in the respiratory system produce chemicals (such as histamine) that alter vascular permeability and induce a runny nose and congestion in efforts to thwart other invaders in the sinuses and nasal cavity. The inflammation can also result in soreness of the infected respiratory tract (i.e. the throat or nasal cavity/sinuses), irritation of the area (i.e. sneezing and coughing), and general fatigue due to nonspecific immune responses throughout the body.

Some research has shown that it goes even beyond the normal immune response, though – rhinovirus has been shown to hijack the cell’s genetic mechanisms, over-stimulating the immune response. Other cold viruses may also be associated with more severe infections of the lower respiratory system and other complications. Colds usually are not discerned by the type of viral infection unless other symptoms are present.

Coughing and sneezing are both reflexes to clear the throat and nose, respectively, of an irritant. The Centers for Disease Control and Prevention (CDC) recommend sneezing into the crook of your elbow into the clothing to prevent spreading the viruses.

As most people who have been ill know, other symptoms of a cold are body aches and headaches, that general sense of not feeling well. This is the body’s immune response fighting the virus and why the feeling starts to edge in before the respiratory symptoms appear-the body knows there is an invader before it has taken hold as an infection.

For the most part, viruses simply have to run their course-they are what is known as self-limiting. a number of home remedies and over the counter solutions to the symptoms have become part of the winter repertoire, including chicken soup, cough syrup, and boxes of tissues on the bedside stand.

Antibiotics do not treat viral infections, but they may be used to fight off secondary bacterial infections, such as pneumonia and ear infections, that may occur when the body is down with a severe cold. Children with a fever over 100 degrees Fahrenheit or symptoms lasting more than 10 days should be seen by a doctor.

Over-the-counter pain relievers should dissipate some of the symptoms, including aches and pains. The CDC recommends seeking medical attention for children who do not respond to over-the-counter medications, and the labels should be read well to ensure acetaminophen and antihistamines are not given in too high of a dose. Children should not receive more than one medication at a time to avoid an accidental overdose.

The viruses that cause the common cold are spread by human-to-human contact. The time of year when everyone is stuck indoors with each other (i.e. winter or cold weather) provides ample territory for transmission. Colds happen other times of the year, too, they just tend to become more rampant when humans are in closer quarters.

To help prevent a cold, wash your hands regularly with warm water and mild soap, use hand sanitizers with a minimum 60% alcohol concentration, avoid touching your eyes, nose, and mouth, and avoid contact with people who have respiratory infections. Although these things may work towards preventing a cold, there are hundreds of common viruses capable of causing the misery, and it is not entirely preventable.